Who will involuntarily pay the hefty price for the inflationary cost of maintaining a core nation?

[dropcap]M[/dropcap]ainstream economists and politicians are always immersed with the illusionary episodes on ‘structural transformation’. This phase is “seen”, whereas I am certain that the mass tends to subconsciously circumvent the“unseen” side. This article is a critical attempt to rationally expose the “unseen” costs involved in making, maintaining and middling of India as a superpower nation.

I am not scorning the social efforts of the citizens, but holistically questioning the rationale of economic costs enlisted in the process of proselytizing the semi-periphery status (developing power) into core status (superpower). Nothing comes for free and so easy, as camouflaged by the politicians because the health of any master in the world is unhealthy without conscription of ‘purchasing power’ of the subjects. Other things being equal, for any superpower, a mystical document called ‘social contract’ should always hail the principles of the Leviathan. Following are the crucial “unseen” reasons that I have chalked down to prove my scandalous assertion:

1) Nationalism is a religion, whereas government is its god

“Nationalism is a measles of mankind”, said Albert Einstein. The theme of nationalism is to indirectly convince the global society that “my humans are better than your humans”. To achieve the core status, in this so-called‘anarchic’ international system, propaganda efforts and imposed orders are the DNA of any nation. Without these two crucial parameters, nationalism cannot be cultivated and citizenry cannot be maintained. The health of nationalism begets mercantilism and discards the wealth of ‘free’ trade. Nonetheless, the ‘free’ labour movement is superseded by the fascistic nationalism. Ultimately, military expenditures exceed the cosmopolitan thinkers.

“The word ‘We’ is as lime poured over men, which sets and hardens to stone, and crushes all beneath it and that which is white and that which is black are lost equally in the grey of it. It is the word by which the depraved steal the virtue of the good, by which the weak steal the might of the strong, by which the fools steal the wisdom of the sages. What is my joy if all hands, even the unclean, can reach into it? What is my wisdom, if even the fools can dictate to me? What is my freedom, if all creatures, even the botched and impotent, are my masters? What is my life, if I am but to bow, to agree and to obey? But I am done with this creed of corruption. I am done with the monster of ‘We,’ the word of serfdom, of plunder, of misery, falsehood and shame. And now I see the face of god, and I raise this god over the earth, this god whom men have sought since men came into being, this god who will grant them joy and peace and pride. This god, this one word: ‘I’.” — Ayn Rand. A truth is a truth, in the democracy, even if ‘majoritarian’ disbelieve it. Google: Voluntaryism.

Are citizens enjoying something called ‘tax choice’? Is India able to tackle the inflation in her fiscal deficit, without pauperizing the society? Why is India unfriendly to a recent cryptocurrency called ‘Bitcoins’? I see that citizens are paying three types of taxes: a) direct taxes, b) indirect taxes and c) inflation. “Inflation is taxation, without legislation”, said Milton Friedman. Keeping aside the apoplithorismosphic (fear of deflation) behaviour of RBI aside, I am forecasting that in order to superficially experience the core status, India cannot survive without tax terrorism. Tax terrorism ‘builds’ the limb of a superpower nation, but ‘breaks’ the limb of citizens. The matrix of taxation is highly complicated, now. This ‘legal robbery’ (taxation) requires a Misesian revision, rather than a Keynesian approach. India should take an immediate note of this, before promising anything related to the optimum allocation.

No doubt there is ‘unity in diversity’. There is no catallaxy. “Catallaxy is the order brought about by the mutual adjustment of many individual economies, in a market,” – F. A. Hayek. ‘Unity from diversity’ is the need of the hour, but unfortunately a strongest social factor called ‘casteism’ de-motivates the scope of integrity. Rather than commenting on draconian political populist programme called reservation policy, I prefer to highlight that few regions like Kashmir, Manipur, Nagaland, Bodoland, etc. are legally intimidated at gun-point (for the process of integrity), and this political action is purely antithetical to catallaxy. To become a core nation, in practice, right to self-determine persist only on constitutional papers.

USA, the so-called superpower, possesses the highest debt in the world, albeit printing money out of thin air, and continues to lecture about human rights and democracy. China is “rising peacefully”, but are Chinese disdaining libertarianism? Asian Tigers are unable to claim their core nation status, without yielding up liberty in exchange for regional security. Are all these [core] nation-states able to enhance ‘perfect competition’, without ‘oligarchic’structuralization of their respective markets? I believe that “mondustrial policy” is the software applicable to add more fuel to the fire, in order to attain the core nation status. Mondustrial policy is a fusion of “monetary policy” and “industrial policy”, Â and it describes the Fed’s creation of new money during the 2008-2009 financial crisis in order to rescue certain firms, such as Bear Stearns and AIG, and certain markets, such as commercial paper and money-market mutual funds, “at the expense of others”, by purchasing securities and making loans. It was coined by Stanford economics professor John Taylor.

6) The Abenomics of Modi

“Power corrupts. Absolute power corrupts absolutely.” — Lord Acton. When newly elected Japanese Prime Minister Shinzo Abe promised new deficit spending and pedal-to-the-metal monetary inflation, the proponents of superpower theory were excited. And indeed, debasing the yen seemed to work for a few months, with analysts saying Indian policymakers should follow Japan’s lead. Does anyone else have a sense of deja vu? Monetary debasement transfers wealth within an economy by subsidizing exports at the expense of the entire economy, but this effect is delayed as the new money works its way from first receivers of the new money to later receivers. The Bank of Japan gives more yen to buyers using dollars, euros, and other currencies, but this is nothing more than a gift to foreigners that is funnelled through exporters. Because exporters are the first receivers of the new money, they buy resources at existing prices and make large profits. As most have noted, exporters have seen a surge in their share prices, but this is exactly what one should expect when government taxes all to give to the few. Eventually, the monetary debasement raises all costs and this initial benefit to exporters vanishes. Then the country is left with a depleted capital base and a higher price level. The good news is that Japan does know how to rebuild its economy. It did it the old-fashioned way seventy years ago—hard work and savings. India is set to follow this path to attain superpower status. Nevertheless, PM Narendra Modi’s slogan “minimum government, maximum governance” is economically an expropriation of the ‘acting agents’ and is an intrinsic threat to the economic liberty of all.

I would conclude by saying that ‘human action’ (acting agencies) is a purposeful behaviour, orÂ ‘Action is will put into operation and transformed into an agency, aiming at ends and goals, is the ego’s meaningful response to stimuli and to the conditions of its environment, is a person’s conscious adjustment to the state of the universe that determines his life.’ Such paraphrases may clarify the definition given and prevent possible misinterpretations. But the definition itself is adequate and does not need complement of commentary. What superpower theorists fail to realize is that the various measures that they suggest are not capable of bringing about the beneficial results that they aim at. On the contrary, they are producing as well as sustaining, a socialist state. Proceeding step by step, on this way to superpower, it finally reaches a point in which all economic freedom of individuals has disappeared. Heard about USA’s PRISM and India’s CMS? 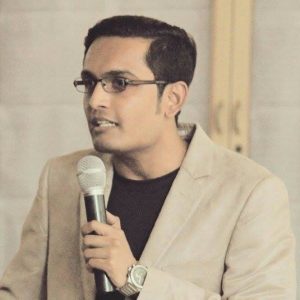