When PM Narendra Modi called an IAS Officer at 10 PM. Must Read!

I am someone who doesn’t hold back when it comes to discussing with people and debating with them. And all discussions often end up in politics. One thing that I have heard all my life in these discussions is, “This is India, and nothing Is going to change in this country. Politicians are corrupt, officials are corrupt, the entire system is corrupt. No matter whom you choose, no matter which political party comes to power, India is not going to change.” I was also of the same opinion for a long time. But then slowly things started to change for me, I saw a transformation in the way the Government started to address issues and deal with important things I the last 2-3 years. Yes, The Government of India has started giving us a new hope that things can change and it can actually work for us. Well, thinking of branding me a “Bhakth” already? Give yourself a moment to read this incident and then decide on whether you still feel like calling me a bhakth, or if you too believe that there is a wave of change coming in

This article was written by Mr. Pushpak Chakraborty who is a Product Manager at Zoojoo.be. I found it on Quora. Well, the incident goes like this, An IAS officer who was posted in North Tripura got a call at 10pm on 21st July 2016. He was surprised to get a call so late in the night.

A young voice from the other side apologized for calling so late and asked if he is free for a few minutes. The voice on the other end also mentioned that the Prime Minister Mr. Narendra Modi wants to talk to him.

The officer was shocked by this and his thought process was blocked for a moment. He had to muster up all his energy to whisper “YES”. His legs were shivering and palms were sweating as he was trying to think coherently and clearly. After a few beeps, the call was transferred and none other than Mr. Modi was on call. Modi apologized to him again for calling so late and said that he had just finished a meeting with the Transport minister Mr. Nitin Gadkari and they needed his help to repair National Highway 208-A connecting Tripura to the rest of the country. The IAS officer didn’t know how to respond, neither does he remember what his response was. All that he knew was, Modi telling him that the GOI had spoken to both the Assam and Tripura Governments and all help would be provided to him to oversee the project.

He didn’t sleep that night. Modi’s voice kept echoing in his mind and he couldn’t believe what had just happened. He tried connecting all dots and couldn’t find any logic.

Next day, when he reached his office, he got communications from Tripura Government, Assam Government, and GOI. He was sanctioned funds for the project to repair 15 kms of the highway. He immediately took his staff and went to visit the stretch. He found 6 JCBs standing there that were provided by Assam Government. Over the next 4 days, more than 300 trucks with materials kept arriving and along with local workers and PWD officials from Assam and Tripura. The highway was opened for vehicles with all the necessary facilities on the 4th day.
The officer also received a communication from the transport minister, Mr. Gadkari who thanked him for his remarkable efforts in making the road functional in 4 days. He was also asked to visit the Prime minister’s office whenever he is in Delhi.

This is just one story amongst the numerous one’s which are happening across the country. These are the stories of success, support, and concern of the GOI towards the development and progress of India. These are the stories which inspire us to believe and try making a difference in our approach towards development in our country. The nation is changing towards a good. Are you ? “ Desh badal raha hai, aapka soch kab badlega?” 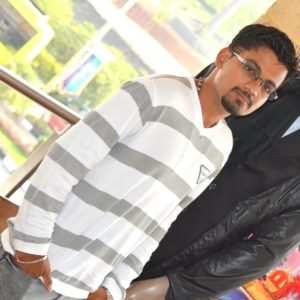