Story Of The Worlds Most Deadliest Battle Where 21 Sikhs Fought 10,000 Afghan – The Battle of Saragarhi

India is a land of brave hearts, India has always produced the bravest of warriors the world has ever seen. Here I am trying to pen down a story which is one of the five most significant events of its kind in the world. It’s the story of one of the greatest battle of Mankind a battle which even to this day doesn’t have a match. It was 12th September 1897, exactly 118 years from today when 21 Sikhs chose to fight 10000 Afghans to death in the Battle of Saragarhi.

The Battle of Saragarhi was fought by 21 Sikhs of the 36th Sikhs British Indian contingent, now called as the 4th Battalion of the Sikh Regiment, of British India. Saragarhi was a small village in the border district of Kohat, situated on the Samana Range, in present-day Pakistan. It was 9 am when 10,000 Afghan and Orakzai tribesmen had started gathering at the signalling post at Saragarhi of the North-West Frontier Province,

As Gurmukh Singh kept signaling the events to the nearby Fort Lockhart by heliograph as and when they occurred, Fort Lockhart was located miles away from Saragarhi where the 21 Sikh warriors were guarding. When Gurmukh Singh spotted a massive gathering of Mughal forces he immediately sent signals to Col Haughton about the situation however Col Haughton responded back stating he cannot provide immediate help considering the enemy army was well equipped and since we were already outnumbered. When Gurmukh Singh told his men they would not be getting any help from then British Raj these Sikh warriors decided to not abandoned their land and fight army. The recorded history says When Gurmukh Singh told his men that they had a choice to abandon Saragarhi his men responded back in Punjabi “This is the land of wahi Guru, this land had produced outstanding warriors, if we abandon this land we will end up insulting the legacy of our ancestors, We shall stay back and fight till we don’t kill the last enemy” When Gurmukh Singh heard this he ordered his men to fight the enemy with full force and fight them in a way that history remembers this assault as one of the deadliest in the history of mankind. He says like you say “Like you said, It’s time we pay back to our motherland” As the battle began Sikh warriors have a major setback after their finest warriors Bhagwan Singh was killed and Lal Singh is seriously wounded. While the remaining Sikh soldiers shifted their body the enemies managed to break a portion of the wall of the guarding fort. The recorded history states that as per Colonel Haughton estimation there were anywhere between 10,000 and 14,000 Pashtuns attacking Saragarhi. As the battle continued and as Sikh warriors continued to put up resistance another wall was demolished and the enemy managed to sneak inside the guarding fort and there began a fiercest hand-to-hand fight.

Anticipating more casualty Ishar Singh orders his men to fall back into the inner layer, whilst he remains to fight. As Sikh warriors blazed their swords and attacked the enemy front line leading to massive casualty at the enemy side. This sounds dramatic but that is how brave these 21 warriors were. They knew for a fact that they would be killed but they didn’t want to go down like a looser instead they wanted to create a history, a history which will be remembered for centuries. A history Sikh community will be proud about. 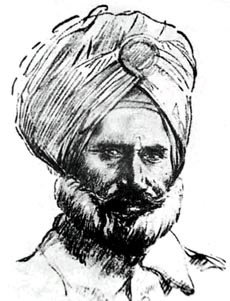 Gurmukh Singh was the last Sikh defender. He is stated to have killed 20 Afghans before Pashtuns set fire to the entire post to kill him. As he was dying burning inside the raging fire screams the Sikh battle-cry “Bole So Nihal, Sat Sri Akal” (Shout Aloud in Ecstasy! True is the Great Timeless One). “Akal,” meaning Immortal, beyond death, the Supreme Creator God unbound by time and non-temporal.

After the death of the brave Gurmukh Singh, Saragarhi was destroyed. The Afghans turned their attention to Fort Gulistan nearby without even realising that the brave fight put forward by the 21 Sikhs has caused them massive causality and they had lost thousands of their soldiers. Meanwhile, the  Reinforcements started arriving at Fort Gulistan on the night of 13–14 September and Afghans were forced to step back and run for their life.

The Pashtuns later admitted that they had lost about 180 soldiers in the battle and many more soldiers of theirs were wounded during the engagement against the 21 Sikh soldiers. A total of 600 bodies are said to have been seen around the ruined Saragarhi post when the relief party arrived. However, the fort had been retaken, on 14 September, by the use of intensive artillery fire, which may have caused many casualties. The total casualties in the entire Battle of Saragarhi, numbered at around 4,800. Can you imagine the resistance put forward by these warriors and their love towards their motherland.

All the 21 Sikh non-commissioned officers and soldiers of other ranks who laid down their lives in the Battle of Saragarhi were posthumously awarded the Indian Order of Merit, the highest gallantry award of that time, which an Indian soldier could receive by the hands of the British crown, the corresponding gallantry award being Victoria Cross. This award is equivalent to today’s Param Vir Chakra awarded by the President of India.

This battle even to this day is regarded as the deadliest and the bravest. Even to this day, many countries around the world tell their army men about The Battle of Saragarhi and the strategy and bravery put up by these 21 Sikh warriors.

They were all born in Majha region of Punjab.

The names of the 21 recipients of the gallantry award are: 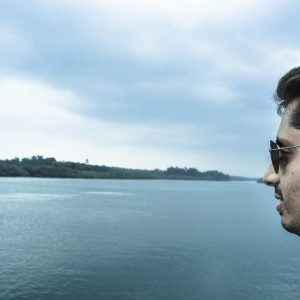 Works as Web developer for living, Wanna be a photographer and a author by passion.