Nobel for Thaler: The Committee didn’t make a Wrong Choice!

This article is translated to English by Shruthi Rao from the Kannada article of Rohith Chakrathirtha.

Think you are in a vegetable market, you ask the price of Ladies finger and the seller says “only 20rs for 1/4kg” and you buy. Next week when you ask the price to a different vendor who is a less experienced one, he says “80rs per kilo” and you don’t buy it thinking the price is too high.

You might have gone through this kind of situation. Mathematics and classical economics always see these in the same way. Because when you say 20rs per 1/4th kg and 80rs per kg there is no difference in the values. They conclude that the customer will act the same way in both situations. But a layman doesn’t think as classical economics does! He doesn’t always take decisions by mathematically calculating in every situation, his brain works beyond these kinds of calculations. “Real human beings act in predictably irrational ways.” This is what behavioural economics says. Dr.Richard Thaler who has been contributing in behavioural economics which is a combination of psychology and economics has received the Nobel Prize in economics this year.

Economic with ample of mathematical formulae is a headache and theories of those scholars who won Nobel Prize is certainly not layman’s cup of tea. Sometimes even the experts fail to discern these theories. These scholars will have their own certain ways of speaking which is why a common man hesitates to speak with them because it simply goes over his head. But Richard Thaler is an exception to this. You may wonder to know that his books ‘Nudge’ and ‘Misbehaving’ not only found in libraries but it can also get a place in common man’s bookshelf who is so into reading.

First, we should see the difference between the classical theories of other economists and behavioural economics of Thaler. The difference is as same as the difference which classical physics and quantum physics have in between them.  They neither oppose each other nor compete; rather they are complementary to each other. When you take a large group of people, classical economics suppose how the group will behave in most of the situations, whereas behavioural economics tells how a man behaves unimaginably beyond mathematics and logical calculations. Let’s see two examples to understand this further.

Example one:  Suppose a pizza hut gives pizza for 60Rs, when all the pizza huts are selling their pizzas for 250-400Rs, there is no wonder it will be highly populated. Classical economics presumes that ‘one who sells pizza for a low price will get a large number of customers.’ But if his pizza hut is on MG Road or in Indira Nagar, Bengaluru; then he scarcely gets any customer because people will conclude that the low priced pizza must not be of good quality. This is where classical economics fail.

The second example is from ‘ultimatum game’ designed by Thaler. There are two players in a game. Let’s take them as ‘A’ and ‘B’. ‘A’ will be received 100dollors from the host and he should divide it whichever way he wants and one share should be given to ‘B’. If he doesn’t get satisfied with the share he has been given he can show his disapproval. Then money will be denied to both ‘A’ and ‘B’. So the question is how ‘A’ should divide the money?  Mathematics tells ‘A’ can give one dollar to ‘B’ keeping 99 dollars for himself because ‘B’ has no right to divide so whatever amount he gets, it would be a gain. He would lose that amount too if he disapproves, so he would agree.  It has been solved! But does it happen for real? If ‘B’ doesn’t get half of the money then he won’t agree with the apportioning and Thaler has proven it by giving a demonstration.

What is behavioural economics? This is not a science which grew in accordance with econs( Econs means people who see everything logically, mathematically or economically) It includes common people. You can never predict how this animal called human think and behave. He can perceive thing wrongly ignoring mathematics. (For example, if the average speed of a car to be calculated when it travels from Bengaluru to Mysore with a speed of 80km/h and returns with a speed 120km/h, the answer of 99% of people would be 100km/h which is wrong. It can be predictable) So how a man behaves in some particular situation is what behavioural science studies. This is not something that emerged very recently. In 1759 itself, Adam Smith known as the father of modern economics had given a clue regarding this behavioural economics in his essay “Theory of moral sentiments.” But the credit for taking it out and elaborating it in enormous details goes to Thaler! Does this deny classical economics? No. It just gives it a new layer makes it some more complex.

The major difference between the Econs of classical economics and normal person of behavioural economics is this, that econs of classical economics will clearly consider every point while behaving in a certain situation.  But in most of the cases, we will not be having sufficient data to act mathematically or logically.  Take for example when the customer goes to a shop to buy a watermelon, the cost will be 30Rs. At that time does he know the market price or how much did it cost the previous week? In most of the time, he doesn’t. So a normal person doesn’t always take decision mathematically or logically. Thaler’s perspective is that we can improvise our model by studying man’s nature and his behaviour.

‘Nudge’ is one of the famous books of Thaler. The book narrates how to get work done by awakening people with a nudge. His book begins with an example. In a school’s cafeteria, there were fruits, chocolates, biscuits, brownies etc. and it is very natural for children to get attracted to chocolates and brownies. But the teacher wanted them to be away from junk food. So the junk foods were kept a little away from their eyeshot and fruits were kept conspicuously. Within few days children adopted a habit of consuming fruits. Thaler calls it ‘nudging’. A small change can make a difference. This is what takes place in supermarkets and malls.

It was David Cameron, president of Britain who showed how Thaler’s theories can be adopted in administration.  Long back, workers needed to fill an application to take a share of their wages to put it for the pension. It couldn’t be done without workers consent. But in early stages workers who didn’t much care about the pension used to struggle after their retirement. So Thaler suggested a change! He said, ‘a share from every worker’s wage will go for pension and anyone who doesn’t want it must fill an application.’ This has brought a hike in a number of people who planned for their pension. It was 31% within 4 years.

Thaler’s another theory is ‘Hot hand fallacy’. In sports, mostly in basketball, spectators believe that player who scores more points by shooting a ball through the basket will be having more chances of shooting the ball. To simplify, spectators believe that Kohli who has hit centuries in four consecutive matches will surely be going to hit another in 5th one too. The confidence which built within after winning 4 matches will certainly lead them to win another too. This is what classical economics believes too. But Thaler has proven it wrong. Nokia which ruled the world of mobile phone drove into the corner, a popular leader sidelined with passing years, etc can be explained through this hot hand fallacy. Thaler who used to teach at Chicago University appeared in a Hollywood movie ‘The big short’ just to describe his hot hand fallacy to his students!!

Behavioral economics is becoming widespread from past 15years. Our all studies must consider the different facets of a human. Behavioural economics insist to consider the facts that sometimes even a genius can take a wrong decision, commit mistakes, he too can brush aside all the mathematical calculations and react beyond all this.  No doubt, Thaler has become a popular name in this field. Daniel Kahneman, author of the very famous book “Thinking fast and slow”, had received Nobel in economics in the year 2002. The book was said to be the introduction to the behavioural economics. In 2013 Robert Shiller got the second Nobel in this field. Now, after four years Thaler has become the third one to receive Nobel in this field. Thaler’s student has exclaimed, “Thaler got Nobel after proposing that human can make the wrong choice but thankfully committee didn’t make a wrong choice.” 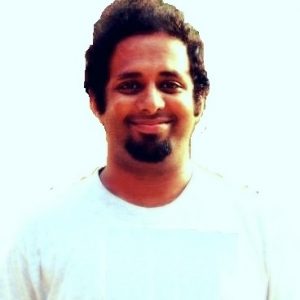