Yesterday, it was a really tough day for Shashi Tharoor. Instead of celebrating Diwali, he spent the evening in apologies. Impatient Shashi Tharoor re-tweeted a tweet from Tasneem N. At 1.07 AM on 18th October Tasneem N tweeted saying – ‘White House cancels Diwali lighting ceremony in the Oval Office without immediate explanation, per pool’. In his quoted re-tweet of her, Mr. Tharoor said – ‘What happened to the presidential candidate who declaimed “I love Hin-doo!” at a rally organized by a @friendsofbjp stalwart?’ 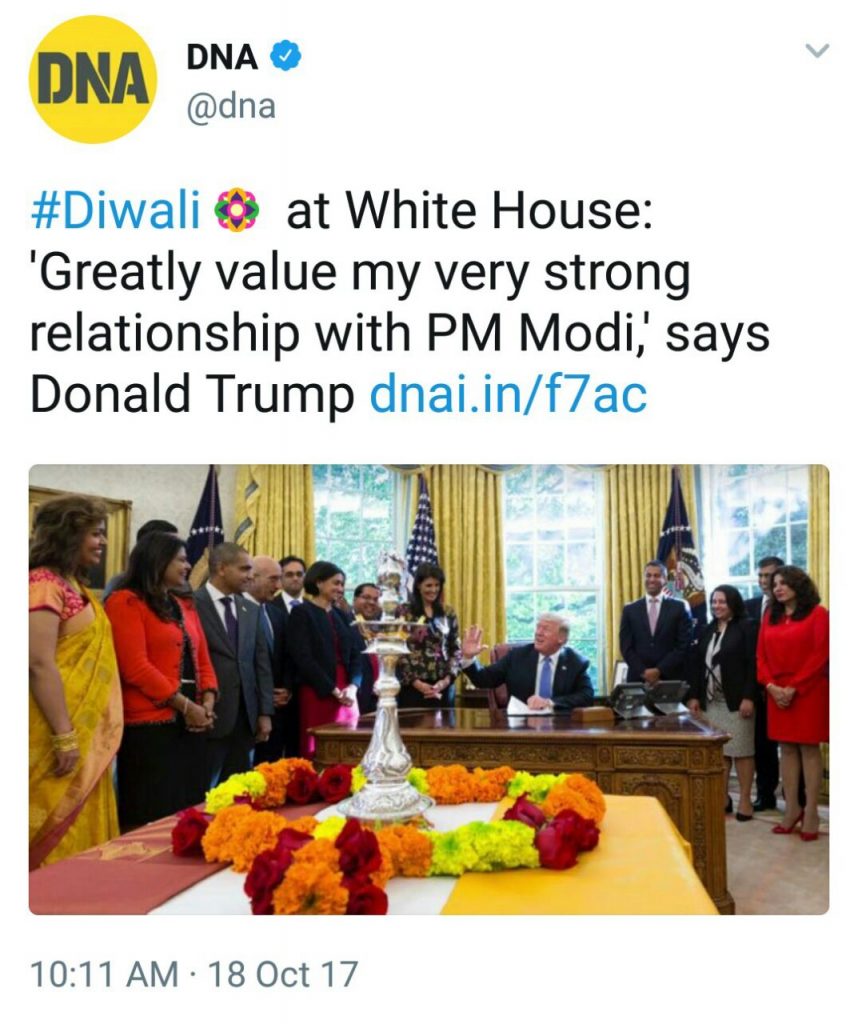 Actually, Mr. Tharoor believed, White House cancelled Diwali function. It was not the case. White house celebrated Diwali and Mr.Donald Trump, President of America delivered 2 min long wishes to the entire world. Tasneem misguided with her tweet and later she updated the information within 12 min saying -UPDATE: The Diwali event was not cancelled but the pool coverage of the event was cancelled, per the pool report. Changed to “closed press.” 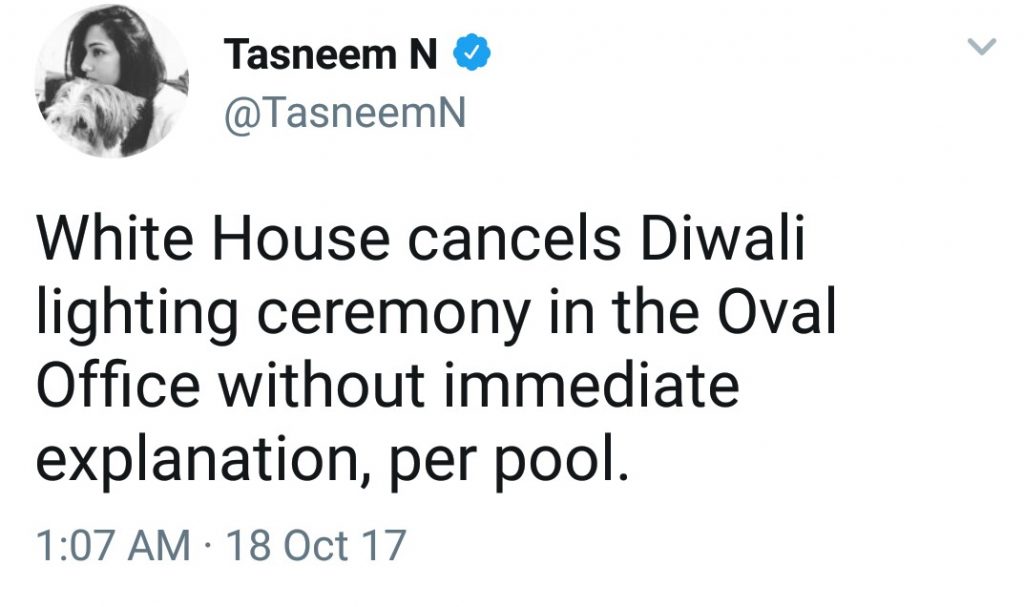 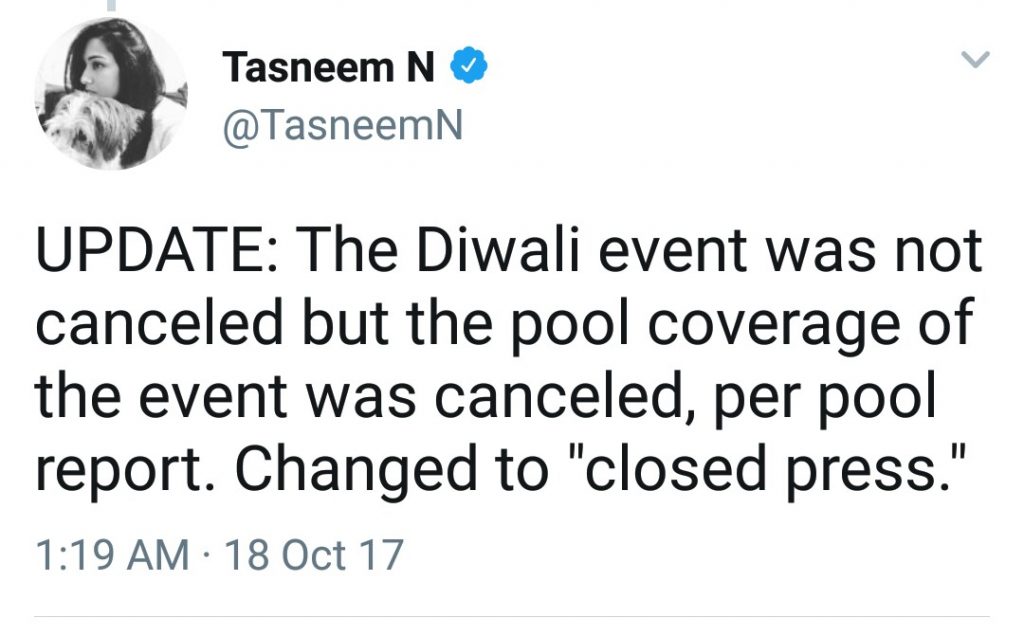 Shashi Tharoor when he tweeted misleading tweet, people smashed him with photos and videos of Mr Trump celebrating Diwali. It took Mr Tharoor to understand his blunder and tweeted again after 35 minutes – ‘Just saw the update. Am not the first person misled by a news item on @Twitter! Glad to have the correction(&the celebration!)’ 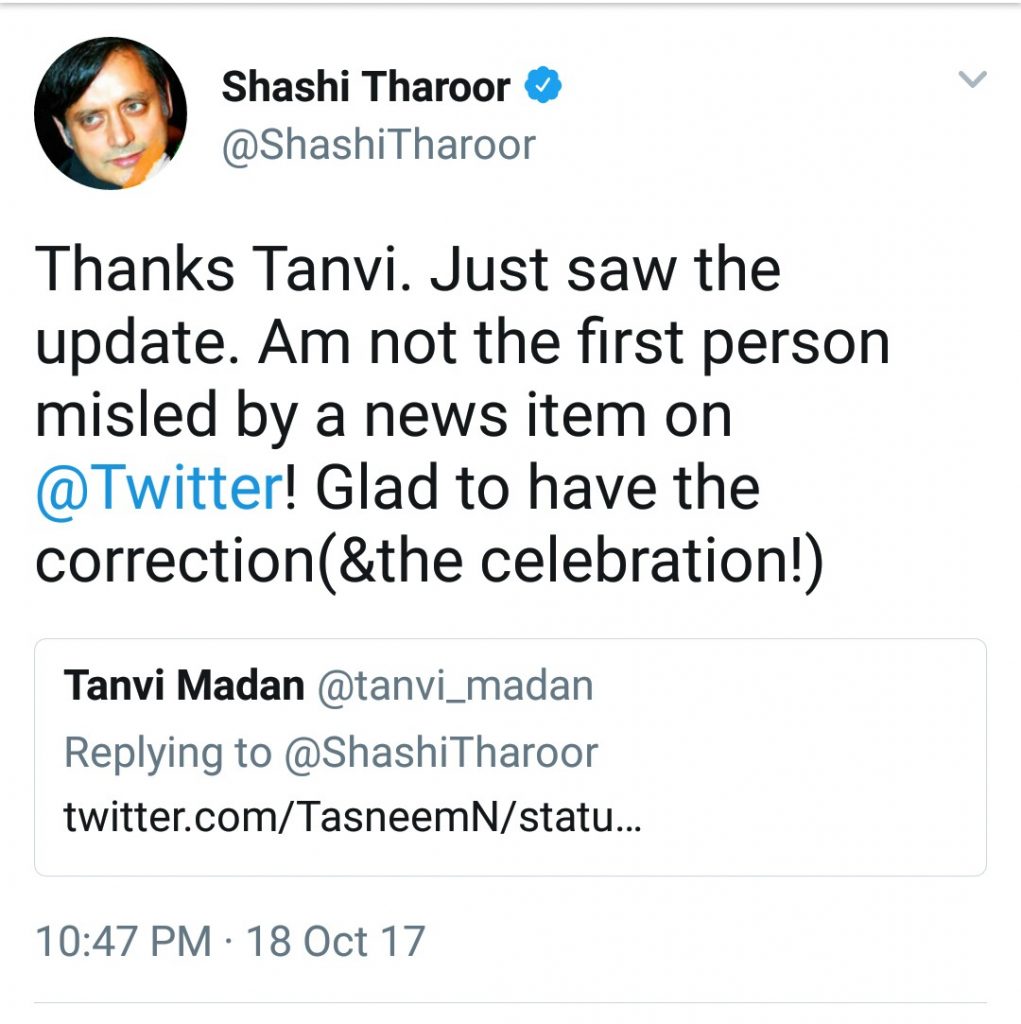 Moral of the story is a person like Shashi Tharoor should keep looking for the fake news, misleading tweets which talk something unusual about our country and culture. Why should Mr Tharoor get excited to see the tweet which says white house cancelled the Diwali function? The guy with so high intelligence carried away by misleading tweet? Can’t imagine! He can see only one tweet, but can’t see the other tweet just below it which appears as the reply! How that’s possible? Basically, people like Mr Tharoor wants an opportunity to snub the Modi govt, by hook or crook they want it. Nowadays people are smarter then intellectuals. They get the right information before these fake intellectuals spread wrong information.

Joining hands in the journey of Readoo.in, the guest authors will render you stories on anything under the sun.